The mission of the Montessori School of Florence is to make available to the children and families of Florence, South Carolina and its surrounding area, both pre-school and elementary education of the highest quality, consistent with the methods and principles of Montessori education.  The school is an independent, non-denominational, not-for-profit corporation operated by a Board of Directors.  The Montessori School of Florence accepts students without regard to race, gender, religion, or national origin.

The Montessori School of Florence began in 1976, in the home of Mrs. Jo Wright with one primary class.  In 1989, the school became part of the Bruce Hospital.  When Bruce hospital and Florence General merged and became Carolinas Hospital System, the school became a not-for-profit, parent board-operated school and moved to its current location in 1999.  The school has grown through the years and now includes a toddler program through sixth grade. 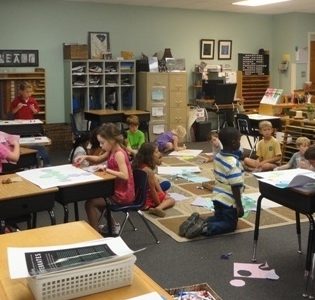